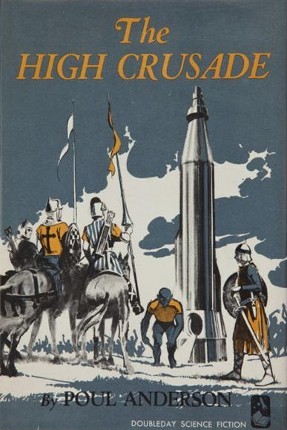 "Governments, if they endure, always tend increasingly toward aristocratic forms. No government in history has been known to evade this pattern. And as the aristocracy develops, government tends more and more to act exclusively in the interests of the ruling class — whether that class be hereditary royalty, oligarchs of financial empires, or entrenched bureaucracy."
— Frank Herbert, Children of Dune
Advertisement:

A form of Days of Future Past which can incorporate elements from the The High Middle Ages right up to the Victorian Age. The chief characteristic will be that social status is legally enforced and hereditary. Occasionally we will be told that the king/emperor is elected, but it makes no difference as to their authority, and issues regarding who the electors are or who is eligible to run never seem to come up.

Among the commonest societies in Space Opera, Planetary Romance, and other forms of Science Fiction.

Prone to Medieval Stasis, even though technology is far above medieval level. May also involve anachronistic items from real medieval Technology Levels. Evil nobles may restrict commoners' use of high technology; medical technology is particularly common, but commoners often live lives of drudgery and toil. The extent of which any of it can be considered "feudal" is up for grabs.

Often an excuse to use Medieval European Fantasy tropes in SF.

Frequently rather benevolent, but may range all the way to Aristocrats Are Evil and Decadent Court. However, it is seldom explicitly Dystopia; Dystopian authorities tend to be more blatantly kept in place by naked force. This trope covers only societies where social status is legally inherited; 1984, where the children of Party members are theoretically admitted because of an exam, and the children of proles who might qualify tend to vanish before it, does not qualify. Also, under this trope, the royals and nobles draw their authority from the law, where the ruling party of a Dystopia does not acknowledge anything as giving them their power.

Often leaning towards the Romantic end of Romanticism Versus Enlightenment.

In some works, heroes have great ease in converting them to democracies. Partly because writers seem to be unaware of any arguments against democracy, and of the complexity of developing a stable democracy.

Discussions of in-universe reasons for feudalism should go on the analysis page.