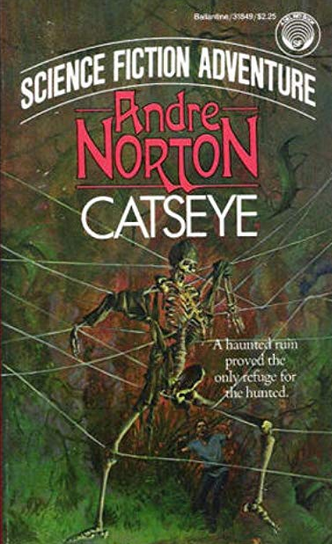 For other works by this name, check the Cat's Eye disambiguation.
Advertisement:

Catseye is a 1961 Science Fiction novel by Andre Norton.

The luxury city of Tikil has attached to it the Dipple, the dumping ground of refugees who will never return home after the peace treaty gave up their planets. Troy Hogan, orphan, tries to survive on day labor, and finds a job at a store selling exotic animals to the rich — and carrying out other tasks behind that front. Not to mention that some of the animals are more than they seem.