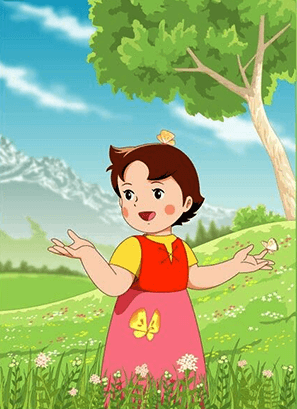 "Pretty countryside, ain't it? The grass and the light... there's a lot of ugly in this world, but there sure as hell is a lot of beauty. You'll see it better when you get older. It's tough at your age. Just... land and light, but to me? It's life. I can't explain it."
— John Marston to his son Jack, Red Dead Redemption II
Advertisement:

This is about those who love the great outdoors and all that dwell therein.

They may be a forest dweller themselves, or live in the countryside where they commune with nature. It's also a safe bet that they'll either have a close bond with the local fauna, or at least have extensive knowledge of them. In their view, The World Is Just Awesome, so they want to spend as much time with it as possible and share it with others. Whereas ones who live in the city may often spend time at the park, or just Watching the Sunset. If they aren't satisfied with living in the city and would prefer living in one of the aforementioned locations, they suffer from Big Town Boredom.

Usually a sign of goodness, indicating a wholesome character uncorrupted by secularism. Mostly a modern trope, found where most members of the audience live in cities and do not have to wrestle with nature's dangers and inconveniences regularly.

Characters of this nature are also fond of outdoor activities such as nature walks and camping, though they may be equally content with tending a flower garden. Hunting is also possible, though not as likely, given their respect for nature. They'll only hunt what they need, never for sport, unless they're a Great White Hunter. Compare with the Outdoorsy Gal. They'll often be the only one to not dislike a camping trip.

Friend to All Living Things is a subtrope having more to do with their altruism, usually in regard to nature. May overlap with Nature Hero, which is another subtrope, about those who fight to protect and preserve the wild. See also Nature-Loving Robot when the character in question is a robot. Often overlaps with Animal Lover because animals are a part of nature.

Their Patron God is usually a Nature Spirit or Fertility God.