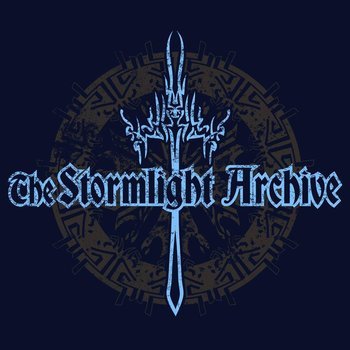 "The sun approaches the horizon. The Everstorm comes. The True Desolation. The Night of Sorrows."
Advertisement:

The Stormlight Archive is an Epic Fantasy series of ten planned novels, written by Brandon Sanderson. It is part of The Cosmere, along with Mistborn, Elantris, and Warbreaker. The series is set on the world of Roshar, which experiences Bizarre Seasons and Hostile Weather — the seasons change every few weeks, and appear in random order, while the hurricane-like "highstorms" hit every few days. The only exception to this is the annual "Weeping"; four weeks of constant, dreary rain (sometimes with a highstorm in the middle, sometimes without) that marks the beginning of a new year. These odd pressures have shaped Roshar's indigenous wildlife and human civilizations both.

In the distant past, mankind repeatedly warred with the demonic Voidbringers. Championed by the mighty Knights Radiant, armed and armoured with Shardblades and Shardplate, humanity managed to hold their own and prevail against all odds... only to be apparently betrayed by the Knights Radiant, who cast aside their armaments and vanished. The amazing weapons and armor remained behind, to be claimed by whoever can manage to acquire them.

Centuries later, the nation of Alethkar, having just signed a peace treaty with the Parshendi people, are abruptly betrayed when the Parshendi send an assassin wearing white to kill their king. In retaliation, the Alethi declare war and invade the Shattered Plains to begin a long and arduous military campaign.

The story follows several viewpoint characters, including Kaladin, a Broken Ace with Chronic Hero Syndrome who trained as a surgeon but joined the army instead; Dalinar Kholin, a Highprince and war general trying to follow the old codes of chivalry; Shallan Davar, a Broken Bird noblewoman who is trying to save her destitute house; and Szeth, a man whose honor requires him to be an Extreme Doormat for others, who we first meet as he is sent to murder the Alethi king.