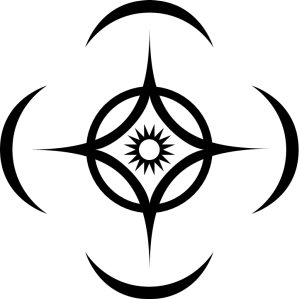 Warning: This page assumes that you are familiar with the Cosmere, and will not contain spoiler tags.

The universe occupied by many of the works of Brandon Sanderson. Due to his desire to create an epic length series without requiring readers to buy a ridiculous amount of books, he hid connections to his other works within each book, creating a "hidden epic".

Long ago, a mysterious being called Adonalsium existed on a world known as Yolen. Sixteen Yolish people attacked Adonalsium, and it shattered into sixteen Shards, each bearing immense power. By taking up these Shards, those sixteen people were able to create new worlds, sometimes working in tandem, populating them with people and powering different types of magic. However, over time they came to be molded to the Intents of the Shards. Now, a mysterious man from Yolen called Hoid travels between the Shardworlds, while the people of those worlds rise to become heroes, often coming into contact with the Shards.

There are currently eighteen Cosmere books: twelve full length books and six novellas, along with various short stories and comic books. These detail the adventures of the people on the Shardworlds created by the people who took up the Shards of Adonalsium.

Tropes featured across the entire Cosmere are: