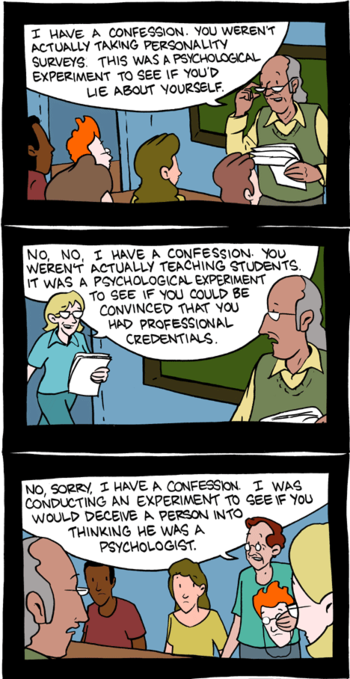 Often overlaps with Flock of Wolves or Right Hand Versus Left Hand, and can often be the result of The Big Bad Shuffle. Xanatos Speed Chess is a defining trait. A Psychological Thriller is more likely to have one of these. Expect lots of I Know You Know I Know. Expect a lot of people to be Out-Gambitted, a lot of Unwitting Pawns, a lot of saying "All According to Plan!", and maybe someone to have the Last Plan Standing. Compare Gambit Roulette, where one person has an improbable plan that would only make sense if he/she is near omniscient. Also compare Multilayer Façade. Particularly convoluted and fantastical versions of this trope can dip straight into Mind Screw.