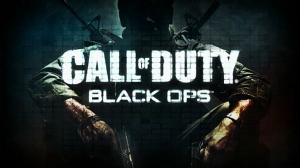 Splitting the difference between World War II and The Present Day since 2010.
"Your name is Alex Mason. You were born in Fairbanks, Alaska. In 1961, you served in a CIA assassination team known as Operation 40. Is that correct?"
— Interrogator
Advertisement:

You play as Alex Mason, a CIA operative being interrogated about his involvement in various operations, from an assassination attempt on Fidel Castro to The Vietnam War and beyond. The bulk of the game plays out in a series of Flashbacks that recall the many operations Mason participated in.

Black Ops has a total of 26 Multiplayer Maps

and 11 Zombie maps with 4 of them returning from World at War.

The Tropes, Mason! What do they mean?!