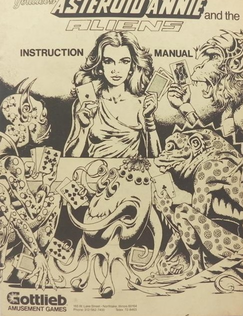 Fry: So, who's that weird-looking guy?
Bender: That's a human.
Fry: What's he do?
Bender: Eh, the usual human stuff. He laughs, he learns, he loves.
Fry: Boring!
— Futurama, "I, Roommate"
Advertisement:

Much like the Token Nonhuman, with a slight twist; in this case, almost the entire cast consists of non-humans, leaving only a single Token Human to round things out. He (or less commonly she) will be among a cast of Rubber-Forehead Aliens, Robot Buddies, Starfish Aliens or other, similar beings. Sometimes, the cast will have to make allowances for their Token Human friend's human failings; at other times, some human ability (such as the ability to reach the top shelf, or to immerse oneself in water safely, or simply an immunity to a deadly alien poison) will come in very handy at some point in the plot. These characters often tend to be The Hero (fantastic variant of All-American Face) or The Load (or in particularly bad cases, both); however, some works put them in the role of the villain to convey that Humans Are the Real Monsters. Sometimes they're only Ambiguously Human.

Generally results from the fact that Most Writers Are Human.

If they're in a Five-Man Band, it's probably a Five-Token Band.

See also Fantastic Sapient Species Tropes and Not Quite Human. Compare and contrast Token Nonhuman and Token Minority, as the situation in these universes is more or less the same as those tropes would be in ours. Compare The Man Behind the Monsters, if the human is the villainous leader of the non-human monsters. May or may not be an Unfazed Everyman, depending on how they react to their circumstances. Can easily serve as the Audience Surrogate, as being the same species makes them more relatable to us by default. If the nonhumans are animal-like, may be a case of Lions and Tigers and Humans... Oh, My!. On the Sliding Scale of Animal Cast, works featuring a Token Human fall on level 4 or 3, depending on whether the human is the protagonist or not. Tends to be either The Load or a Badass Normal.