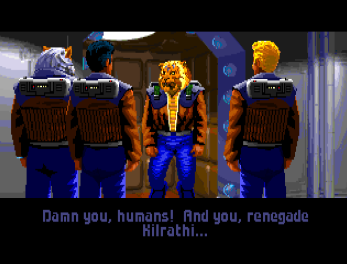 There are many shades of this trope which may appear:

See also My Species Doth Protest Too Much, Monster Allies and Pet Monstrosity.