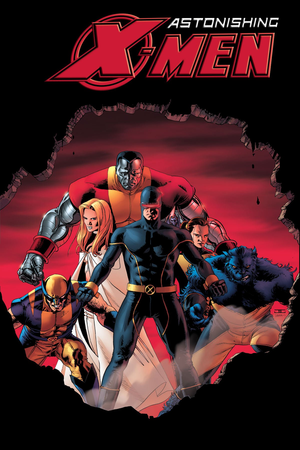 The series originally focused on Kitty Pryde, AKA former teenage foil Shadowcat, as she rejoins the X-Men as a student advisor following the events of Grant Morrison's run, and rebuilds her relationship with her first love Colossus (Piotr 'Peter' Rasputin) once he comes back to life. Their relationship is complicated by the fact that the one responsible for Piotr's resurrection, an alien called Ord, believes a mutant from Earth is destined to destroy his planet within the next three years. Meanwhile S.W.O.R.D., one of SHIELD's sister factions, tries to stop an all out war between Earth and Ord's home planet Breakworld.

It also focused on the building relationship of Cyclops (Scott Summers) and Emma Frost following their psychic affair and the death of his wife, Phoenix (Jean Grey); with Emma seemingly working as a mole for a new Hellfire Club, Scott tries to return the X-Men to a traditional superhero team, using Kitty, Peter, and Emma, along with Beast (Hank McCoy) and Wolverine (you know who he is) as his core team.

Complicating things, Hank's old colleague Dr Kavita Rao releases news on her cure for mutants, splitting the mutant population in half on the ethics of "curing" mutation, while the Danger Room, long since upgraded by Professor Xavier using alien technology, gains sentience and rebuilds itself as an android known as Danger.

The series continued after Joss Whedon's run, although it was still primarily identified as "Whedon's X-Men book". At first, Warren Ellis took over the series with issue #25. For a brief period it was intended to transition Astonishing X-Men to a standalone miniseries format, since the series had the least Continuity Lockout, but the only story actually released in this format was Warren Ellis's Xenogenesis. Instead, the main series resumed with two simultaneous story arcs – Monstrous by Daniel Way and Meanwhile by Christos Gage – followed by a one-issue story by James Asmus. After that came the four-issue story arc Exalted by Greg Pak, which spun off into the new volume of X-Treme X-Men.

Marjorie Liu then took over as the new writer from issue #48, retooling the book to focus on the new team of Wolverine, Northstar, Karma, Gambit, Cecilia Reyes, Iceman and Warbird. Each of the stories in Liu's run connected in some way with the theme of people needing emotional connection. The run was notable for featuring the first same-sex wedding in Marvel Comics, with Northstar marrying his non-mutant boyfriend Kyle. Liu also ended up having the longest run as writer on the book since Whedon, remaining until the book was cancelled at issue #68. It was replaced by Amazing X-Men, kicked off by Jason Aaron.

In 2017, it was announced that a fourth volume of Astonishing X-Men —launched by Charles Soule— will be launched as part of the Resurr Xion banner of titles, set in the aftermath of Inhumans vs. X-Men. The new team features Old Man Logan, Psylocke, Mystique, Gambit, Fantomex, Bishop, and Archangel, while Rogue makes her return to the X-Men after spending a few years with the Uncanny Avengers.

Not to be confused with 4-issue Age of Apocalypse title that was published in 1995, when Uncanny was briefly renamed during that crossover. Nor with a second title of that name which lasted for 3 issues in 1999.

In addition to the usual X-Men tropes, contains examples of: