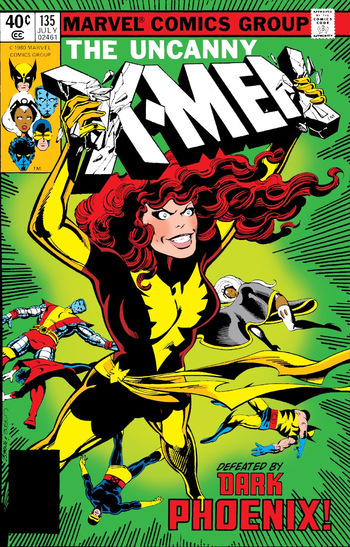 ◊.
A 1980 X-Men story by Chris Claremont and John Byrne, taking place from X-Men #129 to #137, and one of Marvel Comics' most iconic storylines.
Advertisement:

Since its original publication, this story has been extremely loosely adapted several times: