Real Name as an Alias 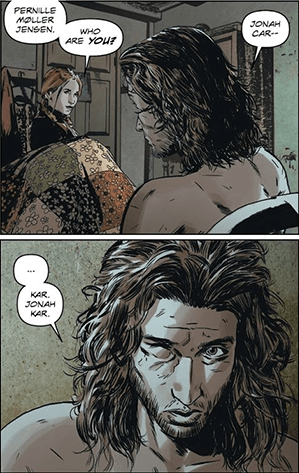 Lara: You're Harry Dresden.
Harry: Don't feel bad. I cleverly disguised myself as Harry the Production Assistant.
— Blood Rites
A character needs an alias for some reason and technically doesn't lie about what their name is... it might be their real name if they're known by a nickname, their occupation, or vice versa, or their maiden name if they're a married woman, or their middle name being used as their first name, but the point is that the character can argue that it is their real name. This also has the practical advantage that they don't have to train themselves to react to someone calling out their alias' name and not react to their real one.
Advertisement:

Often used by disguised royalty with overly long names, since they can just pick one of their many middle names to be called by. One common variation is for a character to use their mother's maiden name as their surname in place of their father's. A Gender-Blender Name works particularly well for someone Disguised in Drag or who went through a Gender Bender.

Sue Donym is when the alias used is the real name, after a bit of distortion in pronunciation. This Is My Name on Foreign is if the name is translated to a foreign language.