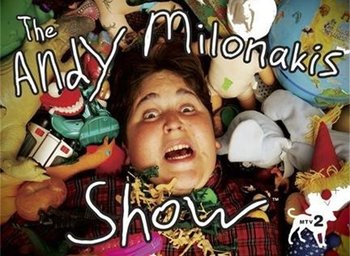 He rocks peas on his head, but don't call him a peahead...
Advertisement:

MTV's comedy about the childlike Andy Milonakis and the zany hijinks that occur in New York (and as of season 3, Los Angeles).