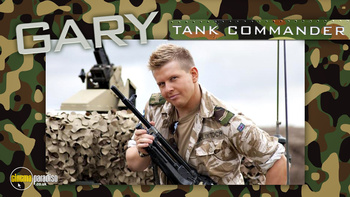 An Armed Farces sitcom featuring Corporal Gary Mclintoch, of the 104th Armoured Regiment, British Army. Made by BBC Scotland, it follows the mishaps of Gary, his three soldier pals, his girlfriend and the other members of the unit. The main plot of each episode is broken up with documentary style interview spots as Gary gives his opinion on issues raised during that episode, and brief video clips of shenanigans taken during Gary's overseas deployments.