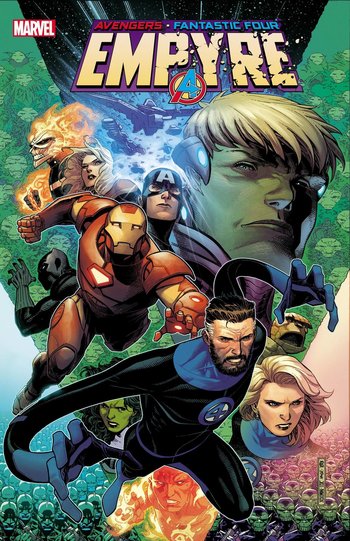 Empyre is the 2020 Marvel Comics event starring The Avengers and Fantastic Four, written by Dan Slott and Al Ewing.

Hulkling embraces his destiny as the King of Space, unifying the Skrull and Kree Empires in the Incoming! one-shot. Now he's leading them to their next target: Earth. The only thing standing in the way of his armada? The Avengers and the Fantastic Four.