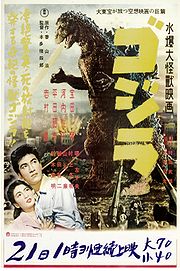 Oh no, there goes Tokyo. Again.
"I genuinely think that, deep in our thousands and thousands and millions of years with nature, there's a chance that an animal's going to come and attack us or eat us or destroy our village or eat our food. It's deep in our DNA that the creature's going to come today or tomorrow. In the modern time, just this small period of time in the lifespan of humanity, we've built these massive cities and we've pushed nature out, but it's still very strong in us that the animal is going to come, and it's going to destroy everything we've built. Our caves have gone from these little huts and caves to 30 story buildings, so our nightmares become 30 stories as well."
— Gareth Edwards on Godzilla
Advertisement:

Skyscraper-sized monsters that assault Tokyo (though other cities like San Francisco and Hong Kong are also popular choice lately), hapless island explorers, or each other are called Kaiju.note literally translated, "strange creature"; the more accurate name for these things would be Daikaiju, "great strange creature" While they have no specific form even in their own mythology, by Japanese standards they are traditionally monstrous, scaly water elementals of about 50 feet and taller that commonly though not universally resemble dinosaurs (due to those being the largest known land vertebrates in real life).

Typically they arrive from somewhere Far Away. Whether that means space, Beneath the Earth, or a South Pacific island varies. Expect lots of Stuff Blowing Up to result, but, since Giant Equals Invincible, don't expect the explosions to actually hurt them. Do expect at least one case of Helicopter Flyswatter. Examples of this genre can range from straight-up Disaster Movie (Cloverfield, the first Godzilla movie) to all-out wrestling matches between People in Rubber Suits (Most of the later Godzilla movies, every Gamera movie but the first). As this genre features a judicious application of Rule of Cool, expect the MST3K Mantra to be in full effect. Often, you'll only watch this kind of movie to see the monsters fight, which can often involve an Ultimate Showdown of Ultimate Destiny (such as King Kong vs. Godzilla).

This is actually one of the oldest genres in film, dating back to the early days of cinema when special effects were new. Pioneers of the genre were The Lost World, King Kong (1933) and The Beast from 20,000 Fathoms. The idea probably originates from thinking of dinosaurs as fantastic beasts or ideas about giant dragons. As for why it's so popular with Japanese media: Japan is quite earthquake and tsunami-prone, and you could think of a kaiju as a sentient natural disaster, so it may feel more meaningful to them. (Consider how Godzilla, like a wave, rises from the sea.) The word kaiju became more mainstream and used in western works after the release of Pacific Rim in 2013, when before they were usually and simply called "big Japanese monster" (even to the point of its origin being often Wrongfully Attributed to this film).

A related term, "kemono", was used on many equally-monstrous creatures in a similar vein as kaiju (if not quite as massive), before it shifted into a common term for Beast Men or Little Bit Beastly. However, it's still not rare for some to refer to a Kaiju as a kemono. Another related word is kaijin, which applies to human-sized and humanoid monsters; the closest Western equivalent to this category of creature is perhaps the Monstrous Humanoid.

Rent-a-Zilla is a Sub-Trope, where the work doesn't focus on the monster. A Notzilla is a kaiju that is specifically an Expy of Godzilla, and a King Kong Copy is this to King Kong. Kaiju also face off against an Ultraman Copy fairly often. There's also Mech vs. Beast for when a Kaiju fights against a Humongous Mecha. If kaiju offspring appear, expect Gigantic Adults, Tiny Babies. Crosses over with Behemoth Battle when there is more than one kaiju and they engage in battle with each other, with Primate Versus Reptile being a particularly common variant. In more modern works, kaiju are often afflicted with Proportionately Ponderous Parasites.

Compare Disaster Movie, Attack of the Killer Whatever, Robeast, and Attack of the 50-Foot Whatever. Has its roots in Tokusatsu and Mons.

It shows up much later when Usagi needs to create an imaginary creature to fight another giant monster, and thinks of Zylla... just scaled up a little.