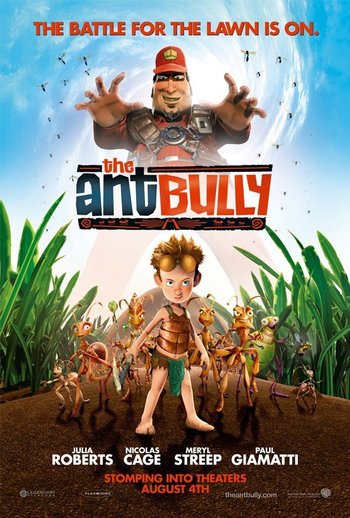 The Ant Bully is a 2006 CGI animated movie based on a children's book by John Nickle.

The film is about a boy named Lucas Nickle who, after being picked on by some bullies, takes out his anger on an anthill. The ants who live there don't take too kindly to this, and magically shrink him down to ant size so that they can punish him. Initially they want to kill him, but the Queen Ant steps in and insists that he live among them for a while. He begins to learn how to live as an ant, and develops friendships with some of them.