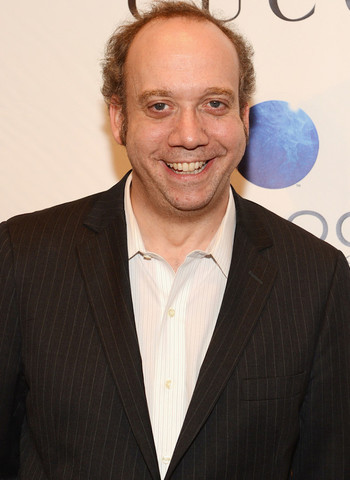 "A man known as an 'actor’s actor', 'a devoted craftsman', and, of course, as 'the guy who was good in that thing you really liked'."
—Stephen Colbert right before giving Giamatti his own wax statue (which is really just a statue of Zachary Taylor wearing a cardboard Giamatti mask), The Late Show with Stephen Colbert
Advertisement:

Paul Edward Valentine Giamatti (born June 6, 1967 in New Haven, Connecticut) is an American actor best known for Sideways, John Adams, American Splendor, and a slew of roles in other films. His brother Marcus Giamatti is also an actor, and was a regular on Judging Amy. Their father, A. Bartlett "Bart" Giamatti, was president of Yale University from 1978 to 1986 and became commissioner of Major League Baseball about five months before dying in 1989; his death came only eight days after he permanently banned Pete Rose from MLB for betting on games while managing the Cincinnati Reds.