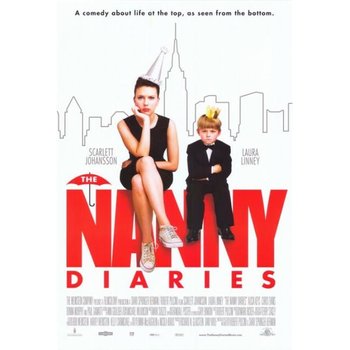 The Nanny Diaries is a 2007 film based on the novel of the same name by Emma McLaughlin and Nicola Kraus, starring Scarlett Johansson, Chris Evans, Laura Linney, Paul Giamatti and Alicia Keys.
Advertisement:

University graduate Annie (Johansson) gets a job as a nanny for the wealthy X's (Linney, Giamatti) when she saves their son Grayer's life; but she soon finds that her charge isn't getting all the love he should be from his parents...

A sequel to the book, Nanny Returns, has been written.