Film / My Week with Marilyn 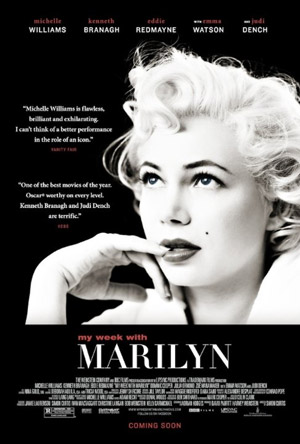 During the Troubled Production of Marilyn Monroe and Laurence Olivier's The Prince and the Showgirl in 1957, assistant director Colin Clark became sort-of involved with Miss Monroe and wrote some memoirs about it years later. They are the basis for the 2011 film My Week with Marilyn, starring Michelle Williams as Marilyn Monroe, Kenneth Branagh as Laurence Olivier, and Eddie Redmayne as Colin Clark. Emma Watson also appears in a minor role.