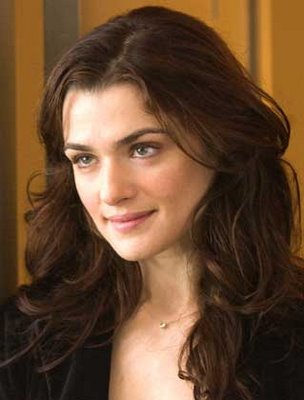 Rachel Hannah Weisz (pronounced "vice") is an English / American note She became a naturalised US citizen in 2011. actor, born 7 March 1970 in Westminster, London, best known for her roles in such films as the first two films of The Mummy Trilogy, Constantine (2005), Stealing Beauty, The Brothers Bloom and Enemy at the Gates. Also playing the protagonist of the very controversial movie Agora. She won an Oscar for Best Supporting Actress for The Constant Gardener. She was engaged to film director Darren Aronofsky, and had a role in his movie The Fountain. They have a son, born in 2006.

She married Daniel Craig in June 2011. In September 2018, Weisz gave birth to their daughter.