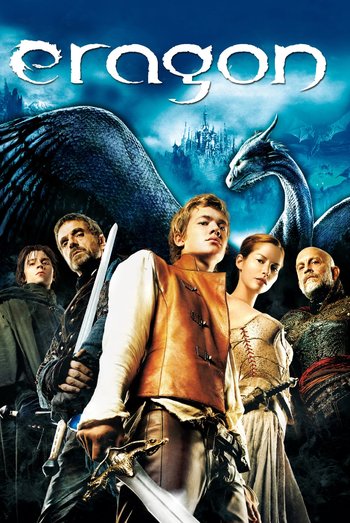 An Action-Adventure Fantasy film adaptation of the first book in the Inheritance Cycle, Eragon, was made in 2006, starring Ed Speelers as Eragon, Jeremy Irons as Brom, Rachel Weisz as the voice of Saphira and John Malkovich as Galbatorix. Like its contemporary The Golden Compass, the movie took considerable liberties, leaving the core story basically intact, but changing countless details from the book. A video game based off the movie was released a month in advance.

Currently, there are no plans for sequels due to its poor critical and commercial responses, although several, albeit unsuccessful petitions to remake the film have been created.

The movie uses the following tropes: