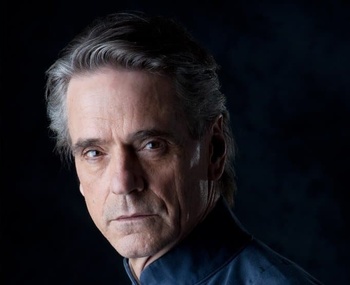 Well-known for his deep, baritone voice, he is described by one critic as "whipped cream with glass shards" that "reeks of magnificent bastardry". He has won an Academy Award, a Tony and an Emmy, making him one of the few actors to win the "Triple Crown" of acting awards, as well as two Golden Globes. He’s very British in his Hollywood roles, and is not afraid to have some fun while doing a villain role for cash.

It's also difficult to make a meaningful anagram out of his name. He's also literally torn his voice box due to shouting a line so loud during a recording session of The Lion King - specifically the line "YOU WON'T GET A SNIFF WITHOUT ME! in "Be Prepared." Not many people, if any, can do that!