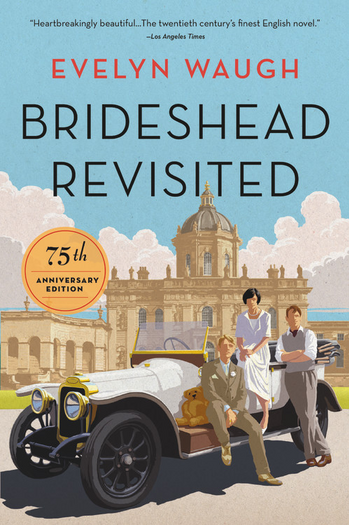 "Its theme — the operation of divine grace on a group of diverse but closely connected characters — was perhaps presumptuously large, but I make no apology for it."
— Evelyn Waugh, preface to the 1945 edition
Advertisement:

Brideshead Revisited is a 1945 novel by Evelyn Waugh that follows, from the 1920s to the early 1940s, the life and romances of Charles Ryder, a middle class man, most especially his friendship with the Flyte siblings; the lovable, but dipso, manchild Sebastian and his sister Julia, both members of a decaying family of English Roman Catholic aristocrats.

Made into a successful mini-series by ITV in 1981 starring Jeremy Irons as Charles, Anthony Andrews as Sebastian and Diana Quick as Julia (with Laurence Olivier as Lord Marchmain and John Gielgud as Edward Ryder) and a feature film in 2008 with Matthew Goode as Charles, Ben Whishaw as Sebastian, and Hayley Atwell as Julia (with Emma Thompson as Lady Marchmain).

The mini-series provides examples of: