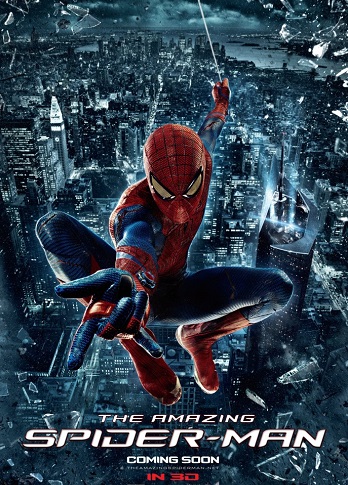 Once again telling Spider-Man's origins, this time the film focuses on Peter as he develops his powers in high school. To set the story apart from its predecessors, a Darker and Edgier approach is taken, and a Myth Arc involving Peter's parents — who were only vaguely mentioned in the previous films — was established.

The film was released July 3, 2012 in the United States, but had been released earlier in certain countries. The initial teaser trailer can be viewed here

, and the full trailer can be viewed here

A video game has also been released, taking place after the events of the film. Expect spoilers on deaths and survivals.

The Amazing Spider-Man 2, a sequel to the film, was released on May 2, 2014. Andrew Garfield and Rhys Ifans reprise their roles in Spider-Man: No Way Home.