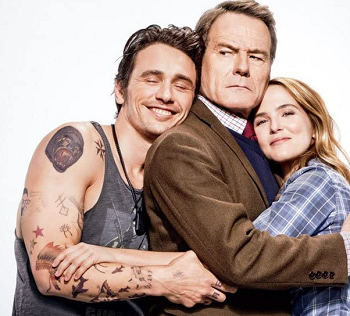 It frequently is seen in American Television and Movies... a teenage daughter brings home or is picked up by a date that her father would never, ever approve of. There's various forms:

The main requirement is that the potential date has some qualities that the father hates in people, and this motivates the daughter to love her date more. Usually a comedy trope, could be a love trope, can lead to a Parental Marriage Veto if the character lasts more than one scene/episode. If the relationship works in the end, it's become Nobody Thinks It Will Work. If at any point the boyfriend comes to pick up the daughter for a date, this will almost without exception result in Twerp Sweating.

If the father is depicted more sympathetically, he may be a Troubled Sympathetic Bigot who ends up having to reconcile his desire to see his daughter happy with his own personal hang-ups about her boyfriend. In other cases, he might see something of how he himself used to be, be it pluckiness or some immature behavior, in the boy and be worried that he will make the same mistakes. That might make the father mellow out if the boyfriend shows some Character Development. Alternately, he may realize that his daughter's boyfriend really is a dangerous scumbag or a mooching bum, and he ends up turning into a Papa Wolf to protect her when her boyfriend puts her in danger or is leading her towards a dead-end, futureless life.

Sometimes it might not even be the father, it could be any other relative who doesn't like whoever that the person they're related to is dating.

Contrast with Parent-Preferred Suitor. Overlaps a bit with All Girls Want Bad Boys and Maligned Mixed Marriage. Often involves an Overprotective Dad. When the dating is done because that is what daddy hates, it's a Shock Value Relationship. Often, the parents will ask Where Did We Go Wrong? See Like Parent, Like Spouse for the inversion.

The adult version of this is Obnoxious In-Laws. Either one can be Love-Obstructing Parents.

Princess Peach introduces Mario to her parents, and... it doesn't go so well.

Princess Peach introduces Mario to her parents, and... it doesn't go so well.