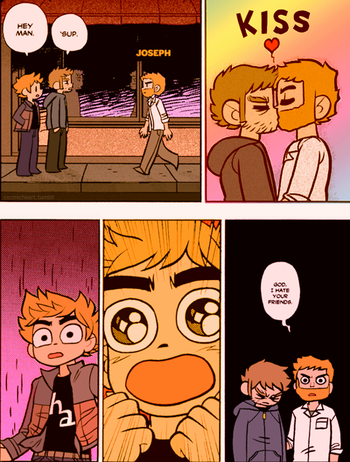 The point within a series where an existing couple goes from merely being implied (or Subtext) to being firmly entrenched in canon proving that they've actually been together for some time.

Not to be confused with Connected All Along, which also reveals a relationship between characters, though not necessarily romantic or sexual in nature. Reverse Relationship Reveal is not the reverse of this trope, despite its title. If the couple is queer, this can serve as a Queer Establishing Moment if they haven't been depicted as queer beforehand.

This is a Plot Twist trope, so beware of unmarked of spoilers!