Literature / The Will of the Empress 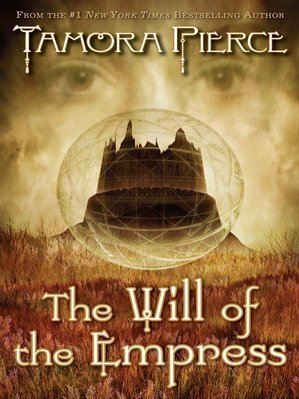 The Will of the Empress is the ninth book in Tamora Pierce's Circleverse, and the first not to be part of a subseries. It was first published in 2005.
Advertisement:

The four protagonists have been apart for years, as Briar, Tris and Daja went on long journeys with their teachers while Sandry stayed in Summersea. However, their long time apart and the things they have experienced mean they find themselves arguing, unable to reconnect like they all expected.

Sandry has been invited to Namorn by her cousin, Empress Berenene, to visit the imperial court and the estates she has long avoided. Her great-uncle, Duke Vedris, suggests she take her friends with her, so they will have time to reforge their bond. But the four are walking into a trap: Berenene wants their powerful magic bent to her service, and is willing to do whatever it takes to keep them there.