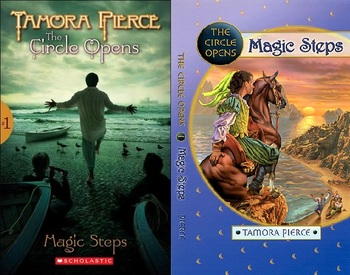 The Circle Opens is the second series in Tamora Pierce's Circleverse. It follows the four young mages as they take their first apprentices. As Sandry stays home in Summersea, Briar, Daja and Tris go on long journeys with their teachers.
Advertisement:

There are four books: