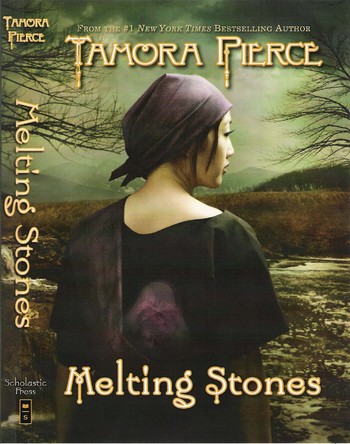 Melting Stones is the tenth book in Tamora Pierce's Circleverse. It's set during the events of The Will of the Empress.
Advertisement:

Dedicate Initiates Rosethorn and Myrrhtide have been summoned to the Battle Islands because of problems with dying plants and poisoned water. Rosethorn decides that Evvy should come along too, to help her overcome lingering trauma from Gyongxe. And, as it turns out, what's going on in the Battle Islands is something only Evvy's magic can deal with.