Video Game / Radix: Beyond The Void 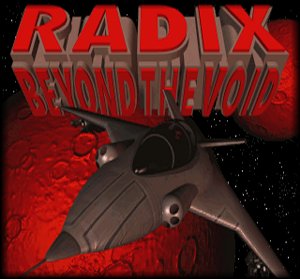 Radix: Beyond The Void is is a First Person Corridor-based space shooter developed by Neural Storm Entertainment and published by Epic Games, then Epic Megagames, in 1995 for MS-DOS. Now Abandonware, you can obtain the full game here.

Excuse Plot: It's The Future. You are a Space Fighter pilot in the service of Earth's military. Humanity has come under attack by invading aliens and their mechanized armies, via a Portal Network. Unfortunately for them, your objective is to use their network to travel to and destroy key alien instillations, thus crippling their war machine.

Shooter fans might recall that Interplay Entertainment's Descent, a similar game, came out that same year. Unlike Descent, where you typically faced a few powerful robots or a single, very powerful boss, Radix pitted the player against swarming hordes of weak bots that would quickly shred your ship to pieces if not dealt with swiftly.