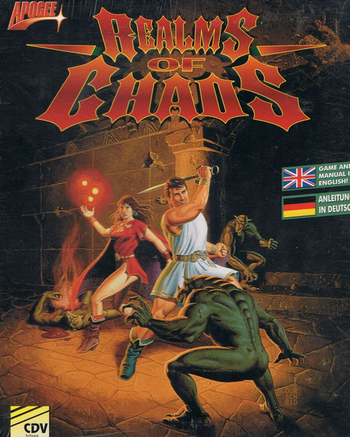 Realms of Chaos is a Platform Game written for MS-DOS PCs, and published by Apogee Software (now 3D Realms) in 1995.
Advertisement:

It is distributed as shareware, and consists of three episodes, with only the first episode playable in the shareware version. The episodes are:

Unrelated to a now-defunct 1998 MUD Realms of Kaos.