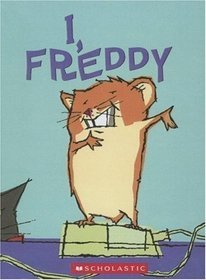 The Golden Hamster Saga is a series of children's books written by German author Dietlof Reiche, translated into English by John Brownjohn, and illustrated by Joe Cepeda. The series follows a golden hamster named Freddy Auratus, who learns how to read and write and can communicate with humans by typing on a computer. Other characters include his owner Mr. John, the civilized tomcat Sir William, the singing guinea pigs Enrico and Caruso, and Freddy's six-year-old original owner Sophie.
Advertisement: