Literature / Will of Heaven 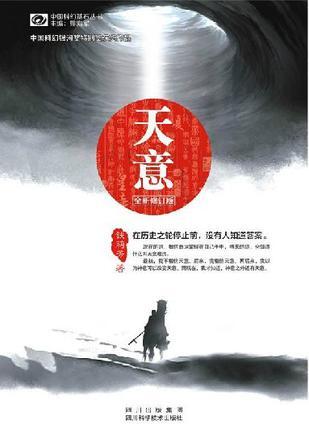 Will of Heaven, also known as Providence, is a 2004 mainland Chinese Speculative Fiction novel by Qian Lifang. A completed English translation with explanatory footnotes for the historical references can be found here

218 BC: China has been united under the rule of the Qin Dynasty, ending the Warring States era. It looks like the land will finally know peace and stability for the first time in centuries.

Which, for a certain ambitious young man named Han Xin, is terrible news.

Brilliant at tactics but a destitute commoner by birth, he knows that times of peace will make it impossible for him to rise to any sort of command. But a black-robed stranger claiming to be the messenger of a god shows up, spouts prophetic words hinting at a time of chaos to come, and tries to make a deal with him. Han Xin is understandably cynical at the time.

Then the Qin Dynasty implodes in barely a decade, and China is again thrown into war, as the lords of the six states conquered by Qin first come out of hiding to destroy their former oppressor, then war amongst themselves for hegemony. Han Xin immediately enlists in the Chu army led by the Xiang family, but finds himself dismissed and belittled at every turn when he tries to offer up his abilities. Meanwhile, throughout the course of his travels, he's discovering that there may have been more to the black-robed man and his god than he'd initially thought...