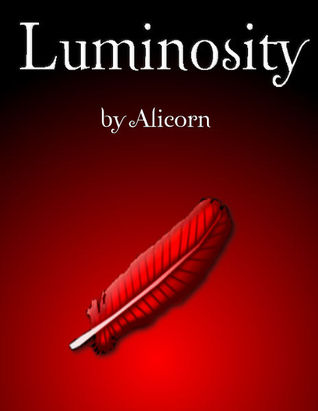 "My favorite three questions are, What do I want?, What do I have?, and How can I best use the latter to get the former?
Actually, I'm also fond of What kind of person am I?, but that one isn't often directly relevant to decision making on a day-to-day basis."
—Bella establishing her character.
Advertisement:

Luminosity is a Twilight rational fanfiction series by Alicorn, which can be read here

The story begins with the same premise as the Twilight books, with teenager Bella Swan moving to Forks, Washington and meeting Friendly Neighborhood Vampires the Cullens. Unlike her canon self, however, Bella is deeply dedicated to introspection and knowing her own mind, and is constantly investigating her thoughts and feelings, and the reasons for them, by analyzing them in her notebooks.

When Bella encounters the Cullens, she quickly begins to piece together that something strange is going on. After finding out the truth, she must figure out how she feels about the possibility of becoming a vampire, as well as about Edward.

As she learns more about the vampire world, however — such as the fact that vampires are permitted to feed on humans freely as long as they stay discreet, and that trying to maintain connections with human loved ones as a vampire puts both parties in danger of being killed — she realizes there may be even bigger issues at hand.

Some of the original plot remains intact early on, but over the course of the first book, Bella's different decisions stack to the point that it diverges entirely from the plot of the original.

The series consists of three installments: the first book, Luminosity

; and a series of seventeen short stories, titled Flashes

, which expands further on the world and characters of Luminosity and the aftermath of the events depicted in the two main books.

There are a number of Recursive Fanfiction stories

set in the same continuity, including some longer-form stories: Never Forgotten

. There is also an inactive Luminosity discussion thread

Alicorn is cooperatively writing / roleplaying a set of Luminosity crossovers called Effulgence and Incandescence. She is also currently writing a series called Elcenia.