My Skull Runneth Over 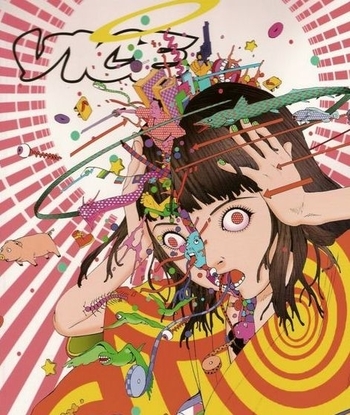 So you're walking along, minding your own business, playing with your iPod in a neutron storm next to a nuclear plant during the equinox, and suddenly some Applied Phlebotinum grants you a magnificent gift: an entire library's worth of information is downloaded directly into your head, along with all the intellect, memories and wisdom needed to use it. You become an instant genius at everything from knitting to astrophysics, and you can suddenly Techno Babble your way out of any problem!

Except... for this problem:

The thing about super-human knowledge and intellect, is that often you don't get a super-human brain to put it in, and there's only so much room in there. As your brainpower goes up, your survival rate goes down. Time is running out, and you either have to figure out a way to ditch your new super-smarts or die — either by hemorrhage, cranial explosion, or body strain. Maybe the knowledge contains details about things man was not meant to know, and your body will try to adapt to it involuntarily with your new knowledge.

Occasionally, dying isn't the problem: It might be non-fatal, but have some other significant drawback if you don't get rid of it soon, such as madness, head-splitting migraines, overwriting of memories or knowledge, or permanent brain damage. Perhaps you simply become unable to store new memories until you clear some space. This often leads to "Flowers for Algernon" Syndrome when the character returns to normal, warning others about the dangers of get-smart-quick schemes. Fairly common in Cosmic Horror stories when a protagonist obtains a legible Tome of Eldritch Lore and doesn't stop reading it soon enough before they Go Mad from the Revelation.

Compare Deadly Upgrade and Too Much for Man to Handle. Also compare The Fog of Ages, where an immortal being has been collecting memories for so long that they're overwriting the oldest ones. Not to be confused with My Brain Is Big, where the skull literally runneth over and the brain shows outside it. See also Super Intelligence and A Mind Is a Terrible Thing to Read.