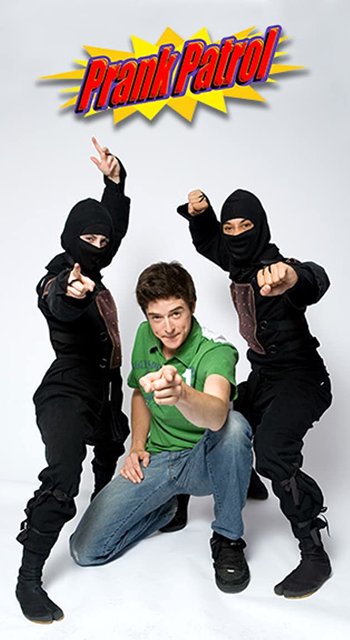 Prank Patrol is a Reality TV show for kids originally made by Canadian channel YTV, with local remakes by Australia and the UK. It revolves around a host and his team of 'ninjas' helping kids concoct the perfect prank on their friends or family. In Australia the massively popular show is hosted by Scotty on ABC3, in the UK it is hosted by Barney on CBBC.

During the show, there is a cartoon sketch entitled 'Recipe for a Prank'. It consists of a little girl who is disturbed by her older brother, and vise versa. It will show how to make the prank and the ending will always show the boy/girl who is pranked.