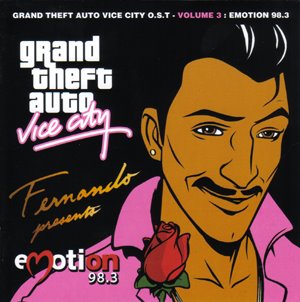 "I know that we are young.
And I know you may love me.
But I just can't be with you like this anymore.
Alejandro..."
— Lady Gaga, "Alejandro"
Advertisement:

In Hollywood, people have more sex appeal if, in their native language, the word for love is "amor" or "amore" (No, not a moray). We don't call them "Romance languages" for nothing.note  Though the reason is more that they're derived primarily from Latin, the language of the Romans, than that they are inherently romantic. But that explanation isn't very romantic! Latin men are hotter than jalapeños and usually Tall, Dark, and Handsome, and Latin women melt butter at a five kilometer radius with their Femme Fatale aura. Plus there's dancing. There's always dancing.

The "Poolboy" or "New Gardener" character fits this role often.

The Latin Lover was originally from Spain or Italy, but has expanded to include Puerto Rico (a colony of The United States), Cuba, Brazil, Argentina, and other Hispanic and Latin American countries—and, Once Upon a Time, men from the Philippines sometimes fit this description toonote the result of over three centuries of Spanish colonization. Mexicans are usually not considered exotic enough for Americans, but they can also fall under the trope if handsome and smooth-talking enough.

Even though they are not "Latin" in any sense of the word, Greeks, and occasionally Lebanese, Persians and Sephardic Israelis can be pressed into service in a similar role. In Russian pop culture, the "Latin lovers" are generally Georgian.

See also Dashing Hispanic and Spicy Latina. A related trope to Everyone Looks Sexier if French. The Romantic False Lead may be one. If his mate and/or children (assuming that he has any) are threatened, he may turn out to be a Dashing Hispanic Papa Wolf. Subtrope of Foreign Fanservice.

Alternative Title(s): The Roman In Romantic