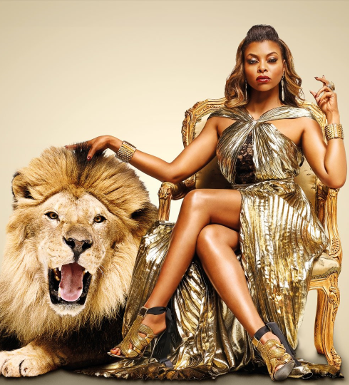 I'm every woman
It's all in me
Anything you want done, baby
I do it naturally
— Chaka Khan
Advertisement:

The strong, dark, beautiful woman. She's often a go-getter, chasing stardom, wealth, or just recognition for her talents. If she becomes an Idol, she's not constrained by the pressures of always appearing youthful, innocent, and approachable.

Part of her allure is instead her maturity, either in personality or in sexuality. When she walks in the room she not only turns heads, but she demands respect and won't hesitate to set you straight if she doesn't get it. Because of this she can age gracefully and become more refined, and won't allow herself to be so easily replaced with the next young thing that comes around (although Passing the Torch is not unheard of).

This archetype finds its roots in early 1900s opera singers, but was redefined by the pop divas of the 1990s, before finally Beyoncé and her contemporaries put their stamp on it in the mid-2000s.

Coming from the same Latin root as divine (also referring to a "goddess"), a truly influential Diva can invoke being a goddess. In general, she's a (Lovable) Alpha Bitch, is prone to melodrama, and is likely a master of throwing shade. When portrayed positively she's got self-confidence, swagger in spades, and is a consummate professional. When seen negatively, she's overly aggressive, temperamental, and hard to work with.

While they can overlap, what distinguishes Divas from The Prima Donna is their sense of maturity and self-reliance. A Prima Donna often begs to be catered to, might be thinly two-faced depending on her situation, may act forever young. A Diva simply knows she's great whether or not anyone is stroking her ego, she's always true to herself, doesn't go out of her way to be a bitch, and is more likely to embrace her age as a badge of honor for a lasting career. Still, Beware the Nice Ones.

As an archetype almost Always Female, and frequently overlaps with Sassy Black Woman. Even if she's genuine and caring, people's own conceptions about femininity can make them intimidated by her assertiveness. As such she often framed by the dark side of femininity, and as more of a whore than a madonna in the binary. These characters are memetically popular with gay men and tend to have an LGBT Fan Base. Rare male examples are usually Camp Gay, or Drag Queens themselves.

This is an extremely common character type on Reality TV. Contrast Evil Diva.

Note that in Professional Wrestling, a Diva is something else entirely: a female wrestler known more for Fanservice than for serious wrestling skill. The two terms may overlap, but please stick to the general trope definition when adding wrestling examples.