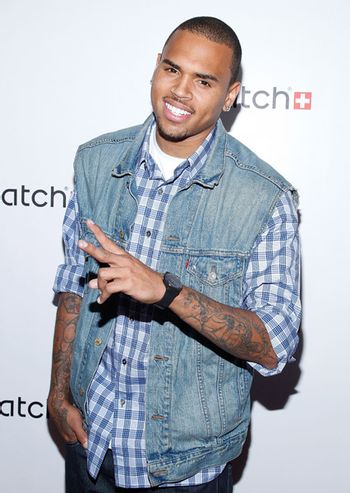 Christopher Maurice Brown (born May 5, 1989) is an American singer, rapper, artist, and dancer. He exploded on the music scene when he was just 15 years old, scoring a number-one hit "Run It!" from his first self-titled album and is considered to be one of the singers to claim Michael Jackson's "King of Pop" title. His Hip-Hop-infused R&B style and dance moves made him a perfect teen heartthrob.

In 2009, he was involved in a domestic abuse situation with his then-girlfriend singer Rihanna. Despite the backlash, he was able to continue his career and scored a number-one hit on the U.S. R&B charts with Deuces in 2010 and scored a number one album called F.A.M.E. in 2011 on the Billboard 200 charts, for which he received a Grammy award win in 2012.

The musician showcases examples of: