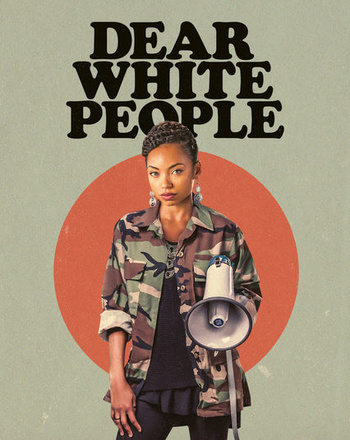 It's time for a real wake-up call.
Advertisement:

A Netflix original adaptation of the 2014 film, this online television series follows the same basic plot, with Logan Browning as Sam White and DeRon Horton as Lionel. Giancarlo Esposito provides narration at the beginning of each episode. The series starts with the Blackface party, however, then proceeds from there.