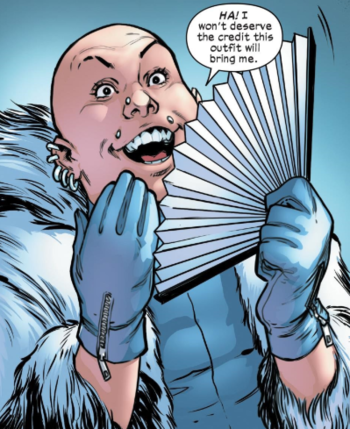 This character is a trend setter, on the bleeding edge, an artist, creator, and auteur par excellence. They can define an entire generation's aesthetic (if only briefly) and alter the course of apparel. They are also chock-full of eccentricity, flamboyance, opinion and energy. The Eccentric Fashion Designers oscillate between Mad Artists/Cloudcuckoolanders and perfectly sane (but still "gifted") people with many quirks.

Shares a lot of traits with Eccentric Artist and The Fashionista, and both sometimes overlap. Subtrope to Fashion Designer.