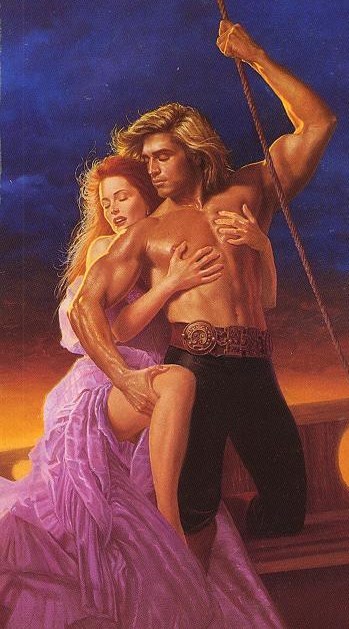 A Walking Shirtless Scene poses with his redhead lady and her barely hanging on grand dress.
Advertisement:

All the various tropes of the Romance Novel.