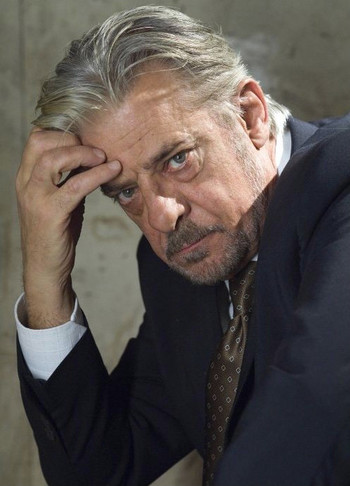 His collaborations with Lina Wertmüller were decisive in getting him known internationally. He has appeared in a number of American productions since, most notably as Inspector Pazzi in Hannibal, Miguel Manzano in Man on Fire and MI6 operative René Mathis in the first two James Bond films of Daniel Craig, Casino Royale and Quantum of Solace. He also played Robert in Rainer Werner Fassbinder's Lili Marleen and Emperor Shaddam Corrino IV in Frank Herbert's Dune.

He has dubbed Jack Nicholson in The Shining and Batman (1989), and he is the regular Italian dubber of Al Pacino.

He was nominated for the Academy Award for Best Actor for his role in Seven Beauties in 1976.