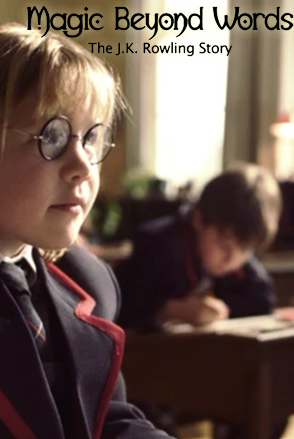 Magic Beyond Words: The J. K. Rowling Story is a Made For TV Biopic dedicated to, surprisingly enough, Harry Potter author J. K. Rowling, played here by Poppy Montgomery of Without a Trace fame. It originally aired on the Lifetime Network on July 18, 2011.

The film follows Rowling from her childhood in The '70s to the premiere of the first movie in 2001. It sticks fairly close to the known facts about her life, though with some dramatic embellishments here and there.