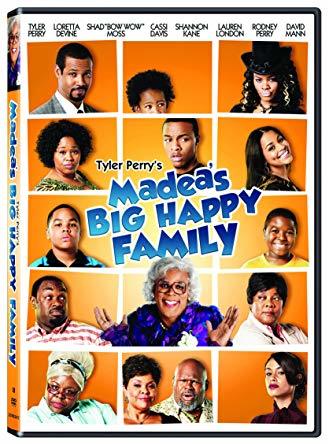 They're anything but a happy family, though.
Advertisement:

Madea's Big Happy Family is a dramedy film concerning an aging woman, named Shirley, with terminal cancer and how she tries to unite them under one roof (and table) to tell them that she hasn't long for this world. However, unfortunately, her family doesn't get along with each other with Tammy and Kimberly at each other's throats, Harold being a doormat to his wife, and Byron not having his life together.