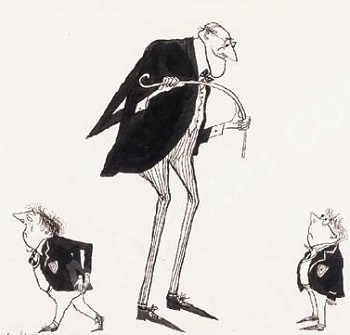 Mr. Murdstone: David ... if I have an obstinate horse or dog to deal with, what do you think I do?
David: I don't know.
Mr. Murdstone: I beat him.
— David Copperfield
Advertisement:

Corporal punishment is the practice of deliberately inflicting physical pain as a form of punishment. The most minor version is generally children getting a swat on the backside from their parents, while the opposite extreme can lead all the way to Cold-Blooded Torture. Note that it only counts as corporal punishment if it's legitimately inflicted — Police Brutality and the Jack Bauer Interrogation Technique are illegal, and thus don't qualify. A Dope Slap from one friend to another might count as an "informal" version, though, if you consider one's peers to be a legitimate authority.

Somewhat common in fiction that takes place before 1960 or so (roughly), when this sort of thing started to be frowned on in most places. Before that it was accepted, even encouraged, as a form of discipline.

Depending on the situation, corporal punishment can be played for comedy, horror, drama, or titillation. Most likely to be seen in military or school settings. They may be meted out by a Stern Nun.

This does not mean a punishment issued by or to a low ranking NCO, though this can overlap with the actual meaning in a military setting. Nor does it refer to Krusty the Clown's third-ranked TV sidekick on The Simpsons. Also not to be confused with capital punishment.

Otto spanks Bart for hijacking his bus, only to be suspended for it.

Otto spanks Bart for hijacking his bus, only to be suspended for it.