Film / Made In Italy 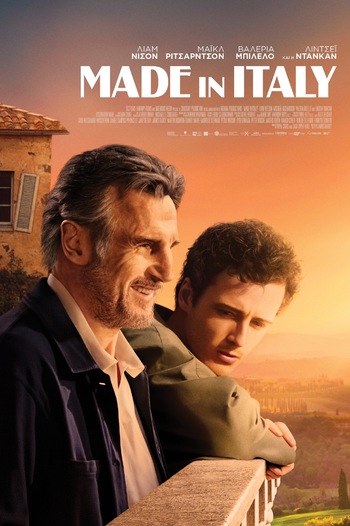 Made in Italy is a Comedy-Drama Starring Liam Neeson, his real-life son Micheál Richardson, Valeria Bilello and Lindsey Duncan and directed by James D’Arcy In his feature length Directorial Debut and released in select theatres and on Amazon Video In 2021.

When Jack Foster (Richardson) is approached by his wife Ruth who he is in the process of divorcing, she tells him that her family is selling the gallery that he manages. Jack offers to buy it from them by selling an old family home in Italy that he co-owns with his estranged artist father, Robert (Neeson). The pair travel to Tuscany to renovate the Villa and begin to reconnect and mend their own relationship.