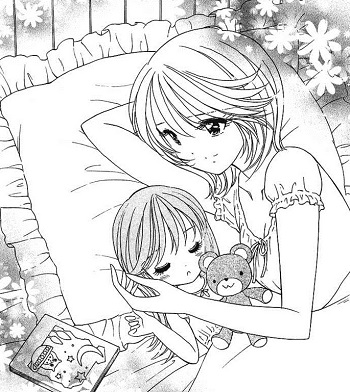 But what about parents who get things right? The parents who are always there. The ones who support their children no matter what they do and attend all their events. They tell them how proud they are of them. They give out useful advice and help them on their homework. They keep their children safe without being overprotective. They punish them when they're bad and award them when they're good. But they will always love them. Through good times and bad, these parents are always there for their kids. They will sacrifice just about anything for their children, even their own lives.

These parents can be the Mama Bear or the Papa Wolf, and can even be the Action Dad, Action Mom or Battle Couple. They are often found in a Nuclear Family so will often consist of a Happily Married couple. They can even be a part of a Badass Family. They are also not against using Tough Love when necessary. They can also turn out to be an Open-Minded Parent.

And they can be a real pain to write about, since the story conflict has to be one that the parents don't fix for the children, and, if necessary, enough to cause a problem for the combined forces of children and parents.

Truth in Television, of course...but we won't be discussing that.