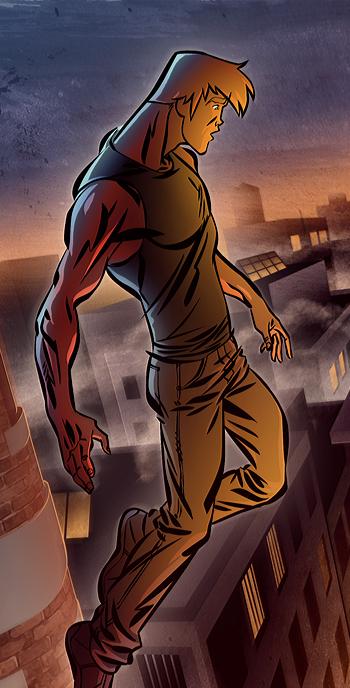 is a Superhero Web Comic about Jared Davenport, Blue Yonder. In the prologue, he and his sister, Maiden Flight, are fleeing their enemies; in flashbacks, it is revealed that their parents, the rest of their superhero team, were taken out by the Cape Busters following them.

Then his sister sacrifices herself to allow Jared's escape, and he ends up at Claremont Apartments, a place on the Wrong Side of the Tracks and filled with washed-up "capes". Yuri, their leader, tries to talk some sense into him, but Jared, suffering from unusually realistic post-traumatic stress, is bent on finding his family.